MORGANTOWN, W.Va. – Statewide hospitalizations are at 1,009, nearing the record of 1,012 hit during the Delta surge of the coronavirus.

Now, healthcare workers and support staff have been at a pandemic fever pitch work pace for more than two years and it’s taking a toll. On WAJR’s Talk of the Town Mon Health Systems President and CEO David Goldberg said they have eight soldiers from the West Virginia National Guard easing the burden.

” We have about 80 people out now- either on quarantine or they have it, or self-monitoring,” Goldberg said. ” Those eight are filling the gaps significantly.”

The training offered to the soldiers by state leaders enables them to take on administrative, support and environmental tasks. The soldiers free more people to work directly with patients.

Goldberg said quality of care is the priority. To maintain a high level of care Mon Health leadership weighs the importance of every aspect of hospital operations.

“The doctors, the nurses and the respiratory therapists are vital- especially during a pandemic attacking your respiratory system,” Goldberg said. ” But, you have all the support. I don’t call it bedside, everyone is at the patient side.”

This far into the pandemic, Goldberg said they are watching numbers very close in an effort to keep the work flow manageable at all levels.

“We meet four to seven times a day to look at staffing, the acuity of our patients, ER flow and operating room flow,” Goldberg said. ” To make sure we don’t stretch our staff with more patients than they can manage.”

Goldberg has used all initiatives approved by the state to recruit new healthcare workers, but they have tried to manage the patient population with people on staff.

“If they overtime or extra shifts we’ll pay them extra than their normal wage- our board has approved that,” Goldberg said. “We’ve filled 70 to 90 shifts over multiple months paying our own people what we would have paid an agency.”

MORGANTOWN, W.Va. – Revamped plans for outdoor dining, moving forward with University Avenue improvements and input on the Morgantown warming shelter were all addressed at the committee of the whole.

“This is something that is being done in Charleston and Huntington and is really a pandemic response,” Simonton said. ” But, it’s a permit process that the West Virginia · Alcohol Beverage Control Administration has suggested we include in our ordinance.”

The proposed ordinance would require businesses to use tables, chairs and other equipment provided by the city, but that is not yet put into place.

“We still have not purchased a uniformed set of equipment for any given street areas,” Simonton said. “Although that could be something the city could do to promote a certain aesthetic.”

That measure will move to the February regular meeting agenda.

The measure to annul a portion of Campus Drive for the final configuration of the intersection with Beechurst Avenue.

“WVU is giving up a portion of their property to relocate Campus Drive which is a city right-of-way,” Davis said. ” We will turn the existing section of Campus Drive that is not being utilized over to WVU.”

Former Fifth Ward city council candidate, Marly Ynigues offered input on the operation of Hazel’s House of Hope- the seasonal warming shelter at the former site of the Ramada Inn on Scott Avenue.

Until this year, a “ban list” has attempted to keep people out of the warming shelter that present a danger to other residents. Also, the list tries to keep other residents safe from drug use who could be in recovery, or ones that could be victims of crime due to a disability. that list has been wiped clean.

“But, it seems like the “clean slate” is an answer for one point in time,” Ynigues said. “It’s not a policy that will prevent people from being excluded from the warming shelter in the future.”

The layout of the shelter, to include ventilation was also presented as a possible problem that should be addressed.

“I think ventilation and filtration methods that the CDC recommends for shelters need to be considered,” Ynigues said. ” Such as a hepa-filtration units for each of the bedrooms and the Day Room that is also a bedroom.”

The next regular meeting of Morgantown city council is scheduled for Tuesday, February 1 at 7 p.m.

Firefighters from Kingwood and Bruceton Mills found the structure fully involved just be fore 5 a.m. Route 26 had to be closed while firefighters battled the blaze.

No injuries were reported and there is no damage estimate is available.

The cause remains under investigation.

MORGANTOWN, W.Va. – This is the first year for a warming shelter at the former Ramada Inn location on Scott Avenue. Hazel’s House of Hope is now operating 24-hours a day for anyone that needs shelter.

The city of Morgantown agreed earlier in the year to finance the operation not to exceed $30,000 while the Monongalia County Commission has agreed to add $10,000.

Despite regular Mountain Line service to the Scott Avenue location officials have faced some questions about using that location outside the city. Additional criticism was levied from Seventh Ward Morgantown councilman Brian Butcher about proper staffing, availability and the possibility of some homeless people being banned due safety concerns for the others people who use the shelter.

“There is a difference between people asking questions and voicing legitimate concerns compared to those individuals trying to find fault where there is none,” Monongalia County commissioner Tom Bloom said. ” It is imperative the city and county are clear with our messaging and have the facts before comments are taken out of context.”

On WAJR’s Talk of the Town, Morgantown deputy mayor Danielle Trumble said a meeting was held recently to work operational problems out and set expectations for the future. The key issue worked out was to begin 24-hour a day operations, not based on weather conditions.

“We really worked some things out I thought that people had been asking for from the cold weather shelter for years,” Trumble said.

In an effort to protect volunteers and other residents a ban list has been used in the past. Through the meeting, Trumble said the Bartlett House to wipe the ban list clean for the use of Hazel’s House of Hope.

“It was made with the expectation that any kind of violation from any of these folks moving forward could result in another ban,” Trumble said. “But, the Bartlett House was willing to give them a second chance.”

Confusion results when the shelter operations are determined by temperature. With that in mind, the doors will be open to anyone no matter the time of day or weather conditions.

“During the winter months people will be able to be there 24-hours a day regardless of the temperature or weather outside,” Trumble said. ” I think that’s the biggest change that was made and what people were asking for.”

According to Bloom, the Salvation Army, United Way, Bartlett House and volunteers are in regular contact to ensure the shelter is run effectively for the community.

“The other thing I’m very pleased with is now the group that’s running Hazel’s House of Hope are meeting weekly with the groups to resolve the issues,” Bloom said. “That was something that wasn’t done before.”

Residents that would like to volunteer at Hazel’s House of Hope are asked to conatct the United Way of Monongalia and Preston Counties at 304-296-7525.

CLARKSBURG, W.Va. – One of four Preston County residents charged in an insurance fraud scheme has entered a guilty plea to wire fraud.

Cynthia Miller, 36, of Newburg, has admitted to conspiracy to commit wire fraud and faces up to 20-years in prison and a fine of up to $250,000.

Investigators say Dustin Miller, 41, Markitta Miller, 28, both of Reedsville, Cynthia Miller, 36, of Newburg and Stacey Moreland, 34, of Tunnelton, are accused of staging the incidents in Taylor and Preston counties between March and July of 2019. The group then fabricated injuries and filed false claims with insurance companies.

The ATF and the West Virginia Insurance Commission Fraud Unit investigated the crimes.

MORGANTOWN, W.Va. – Citing weather and coronavirus exposure the city of Morgantown has cancelled meetings scheduled for Tuesday and Wednesday.

No other information has been released. 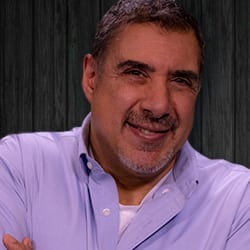