MORGANTOWN, W.Va. — West Virginia University students were more than ready to celebrate FallFest to kick off the 2022-23 school year.

After a two year pause due to COVID concerns, WVU hosted the annual live music event on the Evansdale Rec Center athletic fields with thousands of Mountaineer students in attendance. Lines formed an hour before gates were opened, and excitement was especially high for students who did not experience the Welcome Week tradition for two consecutive years due to the pandemic.

“It’s definitely exciting, we’ve been waiting for this for a few years now, and it’s finally back,” said Senior and Elkview native Harley Kautz about his last FallFest. “I’m glad to be here, it’s a beautiful evening, ready to enjoy some concert,” he said.

Hip-hop star Tay Money opened the live musical acts followed by reggae rock band Dirty Heads, country singer Dustin Lynch and headliner platinum recording artist Polo G. Each artists had thousands of Mountaineers in attendance as they performed hits from three different musical genres. The variety of musical acts, which has been a tradition for FallFest since it’s inception, was well received by the students.

“I know for the out of state freshmen they were really excited for FallFest and Welcome Week,” said Freshman Abby Feifco, who is enrolled from Texas. “I know for sure for me this is something that I’ve never experienced and it’s been so fun,” she said.

“We have the midway, the roller rink inside, that’s a lot more to do than if you don’t feel like just standing in the field listening to some artists,” said Junior transfer student Josh Brown. “But you can go inside and just do other things, hang out with your friends and have a good time,” he said.

For most students, the ability to be able to even have FallFest was considered something to celebrate, with the COVID pandemic causing discussions of canceling live events altogether. For Mountaineers in attendance, they were treated to four plus hours of live music in just under seventy degree weather with no mask or COVID restrictions, which was more than enough to celebrate.

“You know it’s been two years,” said Junior Mae Lynn Sadler. “Two years ago we would’ve never thought of anything like this happening right now, so that’s the plus,” she said.

WHITE HALL, W.Va. – Multiple agencies including the medical examiner were called to a semitruck fire on southbound I-79 at exit 132 Tuesday.

The first call was received at 4:24 in the construction zone. Both lanes of southbound traffic were closed and police directed traffic onto Pleasant Valley road while the fire was extinguished and police investigated.

Few details are available, but unconfirmed reports indicate the truck may have crashed into the guardrail before the fire occurred.

This is a developing story.

MORGANTOWN, W.Va. – A virtual job fail is being held this afternoon for veterans. More than 116 employers from different industries with a wide variety of openings available.

Online attendees can also participate in career counseling, resume assistance and networking opportunities will be available. Help will also be available to help families or veterans with Veterans Affairs benefits or claims.

A link to the event is here.

Investigators call the operation an “organized criminal enterprise” and were believed to manufacture and distribute methamphetamine and fentanyl.

Several of the 16 people indicted have been implicated in violent crimes related to drugs as well.

MORGANTOWN, W.Va. – “You can’t put enough lipstick on the pig. They’re terrible. Plain and simple,” state Board of Education President Paul Hardesty said last week on “MetroNews Talkline,” after release of the state Department of Education’s assessment from the 2021-22 academic year.

“There’s no shortage of data that we’ll have available to us,” Campbell said. “Teachers, building level principals and all the other people that support those folks, so we’ll be digging deep into that data to see what we need to do to improve our scores overall.”

“It wasn’t nearly as bad as maybe we were hoping it wouldn’t be,” Campbell said. “We didn’t see the same effects as many of our college as around the state, but we definitely saw a drop off.”

Students are back in the classroom, but studies have said in-person instruction is preferred. Online learning has decreased communication and interaction between the students and with the teachers. The lack of personal contact and isolation has reportedly resulted in a lack of motivation and understanding of the material.

“We’re still going to see the impact of those 2 1/2 to 3-years where things were so irregular from an instructional standpoint,” Campbell said. “And we’ve already started to address some of those tings- we did that last year.”

According to Campbell, methods use to rank all 50 state for proficiency aren’t really a fair assessment. In the spring of 2021, U.S. Department of Education Secretary Miguel Cardona issued guidance for all states to conduct tests, but gave each state the authority to shorten the test if there were pandemic concerns.

“If people really truly wanted to compare states and how they test across the board they could come up with some more consistancy in that process,” Campbell said. “But, that doesn’t mean we’re not looking at these numbers and saying we can’t do better.”

Campbell said the district performance at the state level has always been a point of pride for staff and faculty. When teachers arrive for their first day August 18 Campbell said work to implement the improvement plan will begin.

“We know people judge us by those numbers and we understand we want to get better and we have to get better,” Campbell said.

The first day for K through 12 students is August 23.

WEST UNION, W.Va. – A current member of the West Union Town Council is facing charges following the second CPS visit to his home in two months.

Doddridge County Sheriff’s Department deputies said August 11 they responded with Child Protective Services to a home on Route 18 North and found the home to be very unsanitary. Seven children were living in the home Barker that was littered with dog feces on the walls, and flooring. Investigators say there were cockroaches crawling in the refrigerator and on the floors, walls and ceiling.

The children reportedly had matted hair and smelled like body odor and urine.

Barker has been charged with child neglect creating risk of injury. He is being held in lieu of a $75,000 bail.

FAIRMONT, W.Va. – A Fairmont man has been charged with malicious wounding after allegedly hitting a woman in the knee with a bat then hiding from police.

Fairmont police said when they arrived at the residence a woman told them Van Rice, 35, hit her in the knee with a baseball bat. The woman also told police Rice was acting erratically and could be under the influence of a controlled substance.

After clearing the entire residence, Rice was found in an upstairs closet unable to balance or control his own movements and wearing no clothes.

Rice is being held in the North Central Regional jail in lieu of a $100,012 bold.

WESTOVER, W.Va. – A Westover man is facing multiple charges after being caught with a large amount of dangerous drugs and a firearm within reach of a teen.

Westover police said while executing a search warrant on the home of Wallace Booth, 29, they located unsecured quantities of schedule I and II narcotics and a firearm within reach of a 16-year-old male. Police also said a schedule I narcotic was found in the teen’s room.

Due to a previous felony conviction, Booth is prohibited from possessing a firearm.

Booth has been charged with possession with intent to deliver, prohibited person in possession of a firearm and child neglect creating a risk of injury. Booth is being held in the North Central Regional Jail.

MORGANTOWN, W.Va. – Investigators from the Monongalia County Sheriff’s Department have confirmed a St. Albans man was killed in Sunday single vehicle crash on I-79 southbound Sunday.

Around 1:30 p.m. investigators said Charles Delaney, 68, lost control of his pickup truck at mile marker 143 and swerved across both southbound lane’s multiple times, before colliding with the rock face on the westside of the roadway. Delaney died at the scene.

MORGANTOWN – One person was killed in a vehicle accident on Interstate 79.

The single-car crash occurred Sunday afternoon shortly before 1:30 in the southbound lanes before the Goshen Road exit. The accident forced the closure of the highway for about three hours.

It is unknown what caused the crash at this time. The name of the victim has not been released. 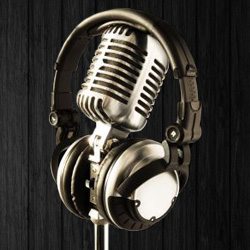 Mornings at the KK Corral